Last week, Manly Guy and I went to see Broadway show “Dear Evan Hansen” as part of his birthday week. (Yes, we celebrate birthdays for at least seven days.) While waiting in line to go through Security, we saw a couple of women taking photos in front of a Dear Evan Hansen poster and Joe offered to take a picture of the two of them together. They were happy to have him do it, and then Joe asked them if they could take a photo of us in front of the poster. They agreed and we were all happy.

But next to us was someone who was clearly unhappy, a couple standing off to the side. We didn’t realize that they were waiting to take a photo at the same place until we were done with ours. The man didn’t say anything, but he was clearly irritated as they positioned themselves in front of the poster after we were done.

When I realized that we had inadvertently pulled a dick move on them, I wanted to apologize. But then a Security guy needed to look inside my bag, and then we needed to present our tickets, and before I knew it, the opportunity to apologize was gone.

“They should have offered to take the photo for the two women,” Joe pointed out. We decided that they had to be tourists, because New Yorkers would have engaged in the process. I chuckled, realizing how much living in NYC has changed me. I used to be more standoff-ish and quiet, but in New York, you learn to participate or get pushed to the sidelines. People think that New Yorkers are pushy, but I would say that New Yorkers are assertive. The City trains you to be that way.

Oh, and if you haven’t seen “Dear Evan Hansen,” go see that show! It was fantastic. 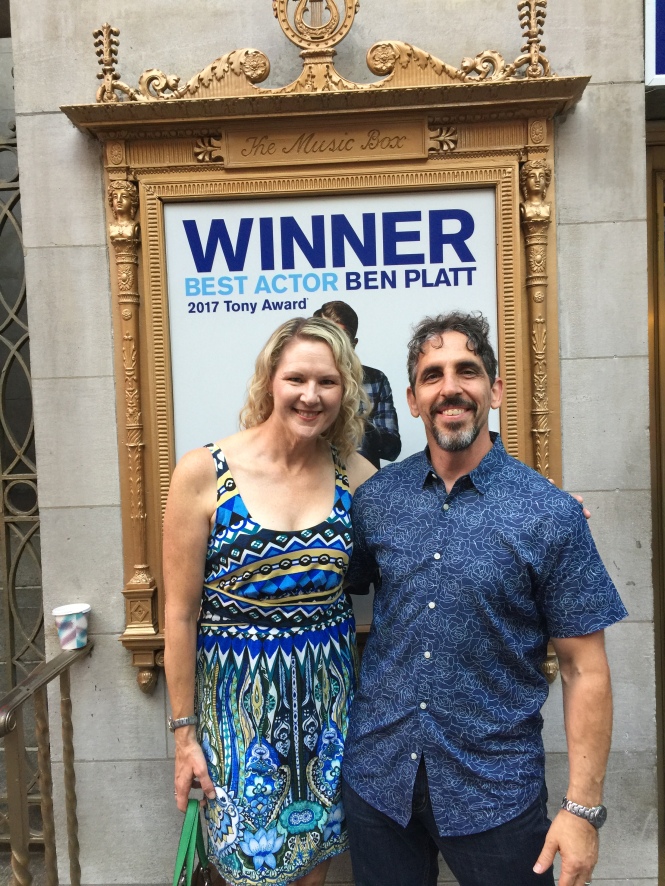